Bliss, and Other Stories (Paperback) 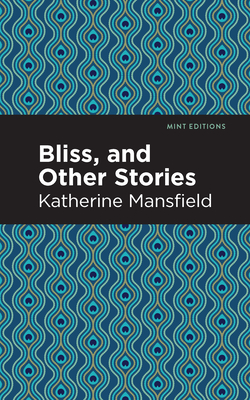 Originally published in 1920, Bliss and Other Stories, is an iconic collection of Katherine Mansfield's masterful narratives that include "The Man Without a Temperament." This captivating work embodies the author's signature style and unmistakable tone.

Bliss and Other Stories consists of fourteen anecdotes written during the early 1900s. It features "Mr. Reginald Peacock's Day," which follows a disgruntled husband who harshly criticizes his wife, and "The Wind Blows," a surprising tale about a girl's revelation surrounding a memory from her childhood. "Pictures" centers a downtrodden woman on the brink of poverty, while "The Little Governess" follows a na ve young woman as she travels from France to Munich.

In Bliss and Other Stories Mansfield is able to find the spectacular in the ordinary. No matter the circumstance, the characters are faced with subtle but shocking realizations. Whether it's family or friendship, human connection plays a pivotal role.

With an eye-catching new cover, and professionally typeset manuscript, this edition of Bliss and Other Stories is both modern and readable.