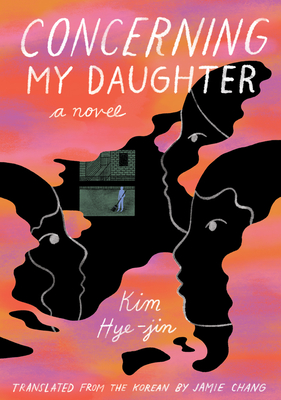 Prize-winning Korean author Kim Hye-Jin's debut confronts familial love, duty, mortality, and generational schism through the incendiary gaze of a tradition-bound mother faced with her daughter's queer relationship.When a widowed, aging mother allows Green, her thirty-something daughter, to move into her apartment, all she wants for her is a stable and quiet existence like her own. Ideally, a steady income and, most importantly, a good husband with whom to start a family.But when Green turns up with her long-term girlfriend in tow, her mother is enraged and unwilling to welcome their relationship into her home. Having centered her life on her husband and child, her daughter's definition of family is not one she can accept. Green's involvement in a campus protest against unfair dismissals of gay colleagues throws her into deeper shambles.Meanwhile, the nursing home where she works insists that she lower her standard of care for Jen, an elderly dementia patient who traveled the world as a successful diplomat, chose not to have children, and has no family. Outraged, Green's mother begins to reconsider the unfair consequences of choosing one's own path.With bracing honesty, Kim Hye-jin taps into the complexities of mother-daughter dynamics while unearthing the mechanisms of violence that target LGBTQ communities in traditional societies. Elegantly translated from the Korean by Jamie Chang, Concerning My Daughter shines a light on all facets of familial love and conflict.

Kim Hye-jin is an award-winning author from Daegu, South Korea. She made her debut in 2012 when her short story 'Chicken Run' won the Dong-A Ilbo New Year Literary Award. She has since then won the JoongAng Literature Award in 2013 for Joongang Station, the Shin Dong-yup Prize for Literature in 2018 for Concerning My Daughter, and the Daesun Literary Award in 2020 for Worker No.9. Jamie Chang is a literary translator. She has translated Kim Ji-young, Born 1982 by Cho Nam-joo. She lives in Korea with her wife and dog.